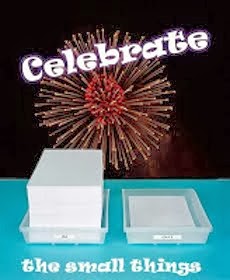 Today’s post is part of the Celebrate the Small Things blog hop hosted by Lexa Cain.

So, I have to admit, I’m kind of obsessed with ice cream. It’s not that I eat it every day. I swear, I really am trying to avoid sugar. But a bit of ice cream as a treat is well, perfection.

Locally we don’t have any ice cream stands, but when I was growing up, we had this place called The Ranger (school mascot–don’t ask). People would line up to get their dripping, delicious cones. I always got a swirl cone with sprinkles because, well, let’s face it. Sprinkles make life a little more magical, a little more sparkly. And there’s nothing wrong with adding a bit more sparkle to your life.

But the lack of a local mom-and-pop ice cream stand doesn’t stop us from occasionally stopping for self-serve frozen yogurt or picking up various types of ice cream at the grocery store. I’m a mint chocolate chip girl myself. A magazine quiz once told me that this means I’m quirky and like adventure, which might be at least half true…

And then there’s travel. Ice cream is huge in Germany, where one of my dearest friends lives, and I can’t think about ice cream without thinking about her and her family. When we met, I was starting college and she was in high school, an exchange student living with my family, and I recently attended her wedding on a ship in the Baltic Sea, and now she has three kids! Time flies!

Last year, we ate at an ice cream café with her, my parents, and two of her kids. We were curious about something called “spaghetti eis”—literally spaghetti ice cream. Being dumb Americans, we were naïve enough to think it was ice cream on top of spaghetti, but no. It’s so much cooler. It’s ice cream made to look like spaghetti. Maybe other people had heard of it, but I hadn’t. (Don’t laugh!)

They basically take vanilla ice cream and put it through this machine that shapes it into “spaghetti” noodles. Then they cover it in raspberry puree to mimic the sauce and top it off with white chocolate shavings for parmesan cheese. And wow, is it good.

And no, my friend didn’t laugh at us at all when we thought spaghetti eis contained actual spaghetti. She’s sweet like that. 😊

There you have it. One delicious treat. Infinite varieties. Countless memories.