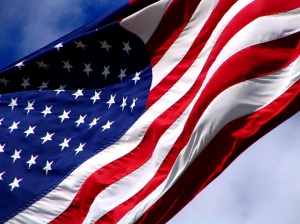 Our lives are full of meaningful dates, of birthdays and anniversaries marked on calendars and celebrated with cards, cake, and champagne. And then there are the days we don’t choose, dates that imbed themselves into our hearts in ways we never would have chosen. Among them: Sept. 11, 2001, the year terrorism left its mark on the 21st-century American psyche.

On Sept. 11, 2001, I walked into German class in my rural, Western-PA high school; the teacher had turned the TV set on. Smoke poured from skyscrapers. The media played the clip of a plane flying into the building repeatedly; each time, it made less sense.

I’d just been to NYC for the first time that April, a small-town girl dazzled by the Big Apple. Students and teachers watched in shock as the second plane hit. As the first tower began to crumble, the teacher turned the television off.

Thank god. I’m glad I didn’t have to watch what happened next on live TV, but I did see it in the coming days: people running for their lives through NYC as skyscrapers crumbled around them.

We’d never expected it. But I lived in the middle-of-nowhere, PA, and we were far enough away from the Pentagon and NYC that we felt isolated and removed.

Until Flight 93 crashed in a field less than an hour away.

Small byways that flowed through town crammed with tractor-trailers as they shut down the interstate. They closed the small regional airport that welcomed a few flights each day.

And parents flooded the schools to collect their confused children. We all knew something was wrong, but the youngest of us had been shielded. The oldest of us were in denial or shock.

My mother arrived to bring us home. I refused to go. I wasn’t about to let a terrorist steer my life from a place of fear. My brother, a year younger, stood by my side, following my lead as I told my mother we weren’t going home.

Everything in our small-town world had changed.

Not long after my mother left, they let us out of school. The normally quiet roads were full of traffic from the interstate. That was the first time it dawned on me. We weren’t just living through a tragedy. We were experiencing an act of war, something I’d only read about in history books or witnessed on documentaries. Another date that will live in infamy.

I attended a remembrance ceremony on campus today, brief and clear and beautiful. No matter how many candles we light, speeches we give, or memorials we dedicate, those memories don’t fade. The loss remains. I’d like to honor the lives we lost, the innocents who died, and the brave men and women who risked their lives then and continue to now in order to save us or to keep us safe.

There aren’t enough words. To those we’ve lost, we miss you. To those who fight, we thank you.